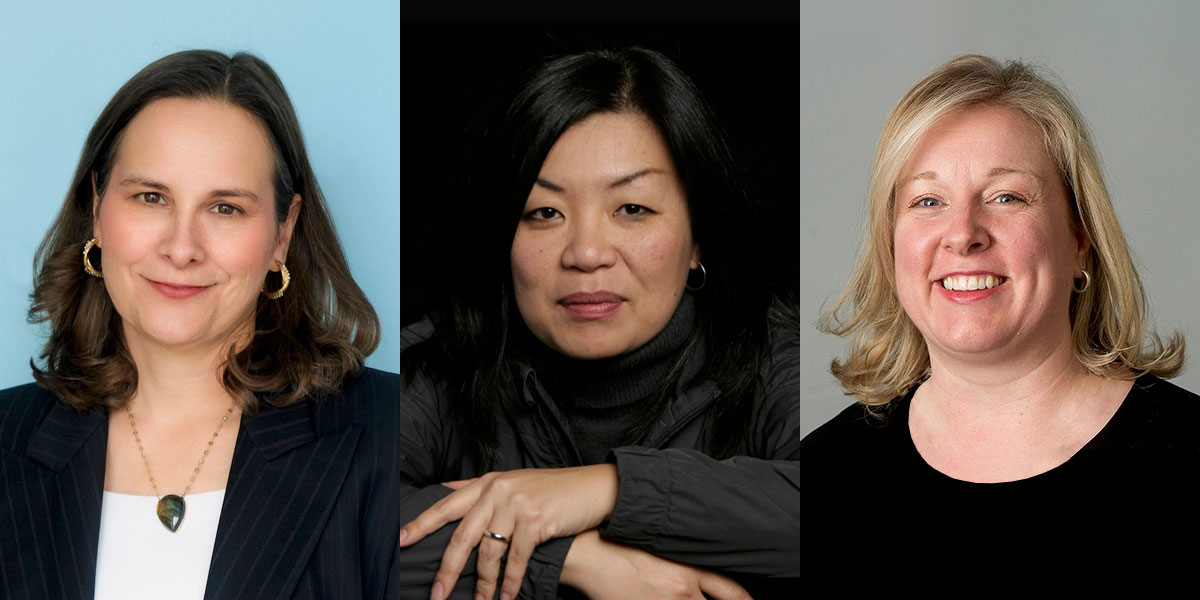 “Beth and Anita are two of Canada’s most accomplished, impressive film executives,” Cameron Bailey said. “Their ideas, leadership and passion for the transformative power of film will fill key roles for the organization and add to an already outstanding TIFF team.”

As Chief Operating Officer, Beth Janson will be responsible for developing and implementing operational plans and key enterprise-wide initiatives to ensure the sustainability and long-term success of TIFF. Beth will guide TIFF’s operations and revenue functions, working with the Brand & Media, Visitor Experience, Partnerships and Advancement teams to achieve TIFF’s mission and strategic goals. Most recently, Beth served as CEO for the Academy of Canadian Cinema & Television, and brings nearly two decades of experience in the film, television, and cultural sectors, both in Canada and the US, to TIFF. From 2009 to 2014, Janson served as executive director of the Tribeca Film Institute, and was previously the programming director of the Newport International Film Festival.

“Cameron has an exciting and compelling vision for what TIFF will be in its next iteration, and I’m honoured to join this team and help make that vision a reality,” said Beth Janson. “TIFF has always played a critical role in curating conversations and connecting audiences to the power of film and to each other — and that is more important now than ever before.”

As TIFF’s Chief Programming Officer, Anita Lee will serve as TIFF’s primary programming strategist, and is responsible for devising and delivering an audience-focused, strategically cohesive, and financially sustainable programming framework in line with TIFF's mission and strategy. She will oversee TIFF’s Programming and Industry teams, providing strategic leadership to Festival and Cinematheque programming, Industry, Theatrical & Non-Theatrical film exhibition, as well as the Talks, Library, and Youth & Community work produced by TIFF’s Audience & Community team. From 2014 to present, Anita Lee served as the Executive Producer for the National Film Board of Canada’s Ontario Studio. She is a multi-award-winning producer, and the founder of the Toronto Reel Asian International Film Festival. From 2005 to 2022, Lee produced some of Canada’s most critically acclaimed recent works, including Sarah Polley’s award-winning Stories We Tell.

“I am so inspired to join Cameron Bailey and the TIFF leadership team as they embark on a bold vision for the future,” stated Anita Lee. “I am thrilled to have this tremendous opportunity to contribute to the creative direction of one of the most significant cultural organizations today.”

TIFF is also delighted to announce that TIFF’s longtime Vice President, Operations and Event Production, Laura Ryan, has been promoted to the newly-created position of Chief of Staff. In this role, Ryan will work with the CEO and executive and senior leadership teams to ensure the successful execution of TIFF’s Annual Plan, Performance Agreements, and Strategic Plan, as well as new projects across the organization.

“In her eight years at TIFF, Laura Ryan has learned the organization top to bottom. She’ll be an important partner as we continue to respond to the challenges of the pandemic and pursue new strategic goals for our future,” added Bailey. “With her in this key role and Anita and Beth joining the senior team, this group of leaders stands ready to deliver on TIFF’s mission and strategy.”

“I appreciate the ongoing confidence Cameron has in giving me this new responsibility,” offered Ryan, Chief of Staff, TIFF. “I look forward to working with Beth and Anita, and the senior team and am excited about this new phase of the organization.”

The two new roles of Beth Janson as Chief Operating Officer and Anita Lee as Chief Programming Officer, along with Laura Ryan as Chief of Staff, will be part of TIFF’s Senior Management team, including all Vice Presidents and Senior Directors. Together, this team will oversee the vision, strategy, and implementation of TIFF’s latest three-year strategic plan and goals: to grow the organization’s year-round in-person and digital engagement with audiences and the industry; curate exceptional experiences at TIFF Bell Lightbox, establishing it as a must-visit cultural hub in Canada celebrating Canadian and global film; expand its role and relevance in the international film festival ecosystem through innovative and meaningful offerings and experiences; build a thriving organization by inspiring, engaging, and retaining its talented staff in its vision and success; and foster and embody an organizational culture that is collaborative, diverse, equitable, and inclusive.

About TIFF
TIFF is a not-for-profit cultural organization whose mission is to transform the way people see the world through film. An international leader in film culture, TIFF projects include the annual Toronto International Film Festival in September; TIFF Bell Lightbox, which features five cinemas, major exhibitions, and learning and entertainment facilities; and innovative national distribution program Film Circuit. The organization generates an annual economic impact of $189 million CAD. TIFF Bell Lightbox is generously supported by contributors including Founding Sponsor Bell, the Province of Ontario, the Government of Canada, the City of Toronto, the Reitman family (Ivan Reitman, Agi Mandel and Susan Michaels), The Daniels Corporation and RBC. For more information, visit tiff.net.

TIFF is generously supported by Lead Sponsor Bell, Major Sponsors RBC, Visa and BVLGARI, and Major Supporters the Government of Canada, Government of Ontario and City of Toronto.